Founder of the Oblates of St. Joseph 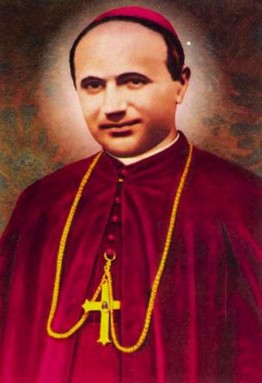 Giuseppe Marello was born on December 26th, 1844, in the north of Italy, at Turin. Joseph was the kind of person who responded quickly to those in need. Even as a young boy, he would very often give away his own possessions and invite the homeless and the hungry to the family table. In those early years he was faithful to his religious duties and eager to help his parish priest, especially by serving as an altar boy. It was there he began to realize he, too, was being called to the priesthood.
Joseph was ordained a priest on September 19th, 1868. During the years of his seminary studies, he never forgot about the needs of the poor around him, and he was just as eager, if not more so, to come to their aid in as many ways as he could find. For a number of years he had considered gathering around him a group of men who would join him in his efforts to serve the poor and so, on March 14th, 1878, he brought together his first community of men, calling them the “Company of Saint Joseph.” Their first work included the care of the elderly, the handicapped, and the establishment of an orphanage for boys.
Father Marello chose Saint Joseph, the foster father of Jesus, as the Company’s special Patron. He saw in this great Saint the virtues and qualities he had always admired and he encouraged his “Company” to imitate these virtues. In this way, he taught, they could become saints themselves and would be better prepared to serve the Lord and His Church. What Father Marello most admired about Saint Joseph was his sole desire to serve Jesus and to do so in a way that attracted no attention whatsoever to himself. In a very real way, Saint Joseph kept himself hidden from honor and acclaim, even as he sheltered the Savior of the world in his home.
Father Marello was the first to put into practice what he taught in that, as the work of the Company of Saint Joseph became better known, most people in those early years were completely unaware that Father Marello was their Founder!
As time passed and the Company of Saint Joseph grew in number, Father Marello changed their name to the “Oblates of Saint Joseph” and he became the Bishop of the neighboring Diocese of Acqui. The work of the Oblate Priests and Brothers now included assisting the local bishops and parish priests in whatever ways they might need help and they worked diligently to develop a vibrant youth ministry which focused primarily on religious education. Bishop Marello died on May 30, 1895, at 51 years of age.
In 1915 the first Oblate missionaries left Italy for the Philippine Islands and over the years they have established communities in the United States (Pennsylvania, Connecticut, and California), Mexico, Peru, Bolivia, Brazil, Poland, India, Nigeria and Africa.
On June 12th, 1978, Pope Paul VI honored Joseph Marello with the title of “Venerable”. This was the first major step in the process leading toward canonization and the recognition of Joseph Marello as a saint of the Church. By calling Joseph Marello “Venerable”, the Church had confirmed in one word what was known by all who new him – namely, that he was a very holy man and that his work, his ministry, must continue for the good of the Church, for the good of souls. 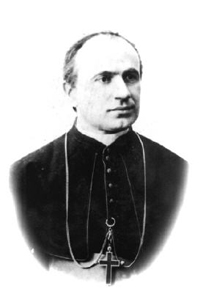 The next step in the process leading to canonization is crucial: the Church must acknowledge that a miracle had taken place through Joseph Marello’s direct intercession. After years of careful study, this acknowledgment came on April 2, 1993. The healing miracle actually occurred in 1944 when a young Oblate seminarian, Aldo Falconetti, was cured of tubercular meningitis. While he lay in his bed literally dying from his illness, the attending physician advised that the young man be given the Last Rites of the Church; he was not expected to live through the night. Aldo’s Brother-Oblates had been asking Joseph Marello to intercede for their sick brother and Aldo was given a holy card and relic of the Founder. The next morning Aldo awoke and felt perfectly fine. After a thorough examination, he was pronounced completely cured and the examining doctors admitted they had no explanation as to how this might have occurred.
The Church has acknowledged Joseph Marello’s role in this miracle and as a result Pope John Paul II declared on September 26, 1993, that the Founder of the Oblates of Saint Joseph would be called “Blessed Joseph Marello”.
Then the most wonderful news of all! On Sunday, November 25, 2001, the Solemnity of Christ the King, at 9:30 a.m., the Pope celebrated Mass in the Vatican Basilica during which he canonized Giuseppe Marello (1844-1895), bishop, founder of the Congregation of the Oblates of St. Joseph.
Saint Joseph Marello is now presented to the entire Church as a model of sanctity and an intercessor in Heaven.

O Saint Joseph Marello, like your patron and model St. Joseph, you are proof that sanctity consists not in extraordinary achievements that attract the world’s attention, but in the daily exercise of the virtues of simplicity, charity and humility. With complete trust in Divine Providence, you founded the Oblates of St. Joseph to serve the interests of Jesus in imitation of His guardian and protector. Father of youth, protector of the poor and aged, gentle shepherd of your flock, model of charity, you blended strength with kindness, prayer with action, and faithfulness to the Church with zealous attention to the signs of the times. May your holy life inspire youth to take the Gospel as their sure guide; your Oblates to be hidden and faithful instruments of God’s work; Priests and Bishops to be loyal and loving shepherds. Pray with us that we may all live with that peacefulness of mind and heart that comes only from a trusting surrender to God’s will. Amen.
For more information on St. Joseph Marello